How do I remove all my debts? Law of the Second Chance

Spain, like the rest of the world, has suffered numerous economic shocks which have caused a large part of the population has not survived to the same. To this end, we have created mechanisms very interesting to address the defaults and to some extent give us a “second chance”

Maybe you’ve logged on to this blog because you have some kind of financial problem, debt that you could not cope that you care about. This situation is common, don’t panic, you can fix it and now I’m going to explain how.

The first step before starting is to meet a series of requirements that requires such procedure and it is basically show some insolvency with debts and economic vulnerability.
<, ul>
the 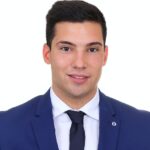